Search in progress
This is the WordPress site, for editing content. For full site, please visit here.

News from the WHI Study 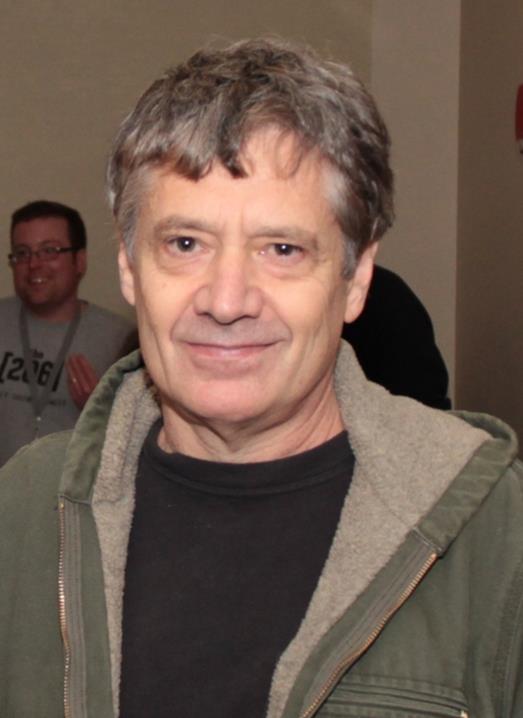 Mr. Scott Davis is retiring after 32 years of dedicated service to Fred Hutchinson Cancer Research Center, the vast majority during which he served as the network administrator for the WHI Clinical Coordinating Center (CCC). Mr. Davis is credited with bringing the WHI study online in the early 1990s, equipping and internetworking the study’s 50 sites – including the CCC, regional centers, and clinical sites – a truly monumental task by the standards of the time.

At a time where many of us were just starting to dial in to the internet, Mr. Davis was building and deploying large-scale turnkey e-mail, file server, database, and private networking solutions that allowed for the secure transfer of sensitive participant data, reliable communications, and file sharing throughout the study. This incredible undertaking was chronicled by a Fred Hutch News article, published in 1995.

Beyond the deployment and maintenance of the critical technology infrastructure underlying the study, Mr. Davis led efforts to bring the study onto the World Wide Web, leading numerous campaigns over the years to design and continuously improve the study’s online presence, addressing the distinct challenges of engaging researchers, communicating with study participants, and educating the general public about the continuing important work WHI does.

Outside of his work at the WHI, Mr. Davis is an avid world traveler, particularly enjoying time spent in the South American nations of Argentina and Chile. He is also a highly accomplished pianist and dancer, including tango.

Those who worked closely with Mr. Davis will deeply miss his leadership, ability to successfully decipher future technology trends, strongly intellectual sense of humor, and the capability to skillfully navigate the technical and regulatory thickets inherent to his line of work.

Former chief of the WHI Branch in the Division of Cardiovascular Sciences at the Institute (NHLBI), Jacques Rossouw MB.ChB., F.C.P. (S.A.), M.D., reflects on Scott’s long tenure with WHI noting particularly “his sterling work in establishing and maintaining the WHI computing infrastructure [and] his unfailing willingness to help.”  “I personally appreciate his loyalty to the program. I also appreciate the several occasions on which he helped me find a new password when I had forgotten my old one, and then he would come up with a new temporary password which was so clever and funny that I kept it! He can go off into a well deserved retirement with his head held high – he will be fondly remembered as one who made a difference.”

NHLBI WHI Project Officer Shari Ludlam, M.P.H, writes that “Scott was the mastermind behind many iterations of the WHI IT infrastructure, and ensured that the study was able to carry on with WHI business no matter the circumstances.  [While] writing WHI’s voluminous IT system security plan [Scott] carefully thought through a multitude of disaster scenarios that never occurred to me (catastrophic earthquake in Seattle?  It *could* happen!) and meticulously planned potential responses, while weighing the costs and benefits of the solutions.  Scott’s contributions to WHI have been monumental, and I wish him nothing but smooth sailing and only routine household network maintenance in this next phase of life.  Cheers, Scott, we will miss you!”

WHI CCC Principal Investigator Garnet Anderson, Ph.D. wrote about Mr. Davis’s long and highly accomplished tenure with Fred Hutch and the WHI study. “In 1992, Scott was the primary architect of the original computing infrastructure for WHI–infamously called a ‘Star Wars’ computing system at our initial site visit by someone who was disgruntled with our proposal. In fact, what was asked of him seemed rather absurd– we needed him to define the technology and associated budget for this nationwide 15-year, $600 million project. His claim to fame in-house at that point was that he had set up the first local area network in Fred Hutch. But he has proven himself time and time again. His ability to stay attuned to both the program needs and the many technological advances and thereby keep our systems on track has been incredibly valuable. He has also been a driver, willing to take necessary risks and buck the system to get things done. While this didn’t make him popular with everyone all the time, he always had the best interests of the program and his staff in mind and for that, I am so grateful. I have appreciated getting to know him over the last 32 years–we started at Fred Hutch within a month of each other so I was one of his guinea pigs on that first network. But it has taken that long to appreciate what a renaissance man he is, with many hidden talents and interests. I hope he has a chance to pursue them with full intensity and energy now.”

Former WHI CCC Principal Investigator Ross Prentice, Ph.D. writes, “I knew Scott a little from his work in our [Fred Hutch] Cancer Prevention Program around 1990, prior to the Women’s Health Initiative (WHI). Then he was one of a handful of colleagues who made it possible for us to mount a proposal for the Clinical Coordinating Center (CCC) for the massive WHI program. Our CCC data management proposal, developed mainly by Scott and Garnet Anderson, was innovative for the time and rather expensive, in part due to wired network connections between the CCC and more than 50 sites around the country. I recall, as initial CCC PI, that I was asked to come to Bethesda to discuss program start-up with NIH leaders. My attitude, not necessarily to be recommended, was to assume that NIH was fortunate to have our group in this coordination role, so when I was asked about the ‘Star Wars data management system’ I simply said, ‘Oh, I don’t know much about that, you should ask Scott or Garnet.’ They weren’t impressed, but after a few minutes of silence they moved on to the next topic, and subsequently received answers that convinced them concerning the planned data management approach.

Actually the Star Wars system served very well for quite a few years until internet software and security provisions improved enough to allow a somewhat simpler network for WHI. Scott worked hard, arranged for all needed network and communications changes and developments over the 28 years (so far) of the WHI program. Even when data, communication, and specimen security plans required several hundreds of pages of documentation for funding renewal, Scott did the necessary work, on time and with good humor. He made a big difference for the CCC and for WHI as a whole, and we shall be always grateful for his insight and dedication. Enjoy retirement, Scott.”